All airbrush (freehand and loose stencil) with Auto Air.and Wicked from Createx..clear was quickie intercoat..didnt have time to do a better type. 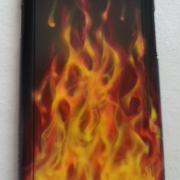 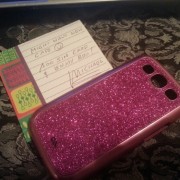 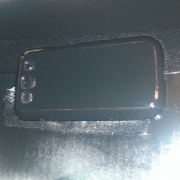 I could stand the pink glitter no more!

Recently..I dropped my phone and cracked the screen all to hell.  Had that phone only three/four months and had just cancelled the insurance in prior month so I was out of luck.  Well..not totally out of luck because I had a good friend who’s wife had just upgraded phones and had a spare galaxy s3…which was pretty much what I had except it was a s3 mini with cracked screen.  So we made a deal and viola’…problem solved!!
However..when the phone arrived..it had a bit of a girlish color for the protective case..lol.  well of course that was tge least if my concern at the time…no big deal..but as time went on..I grew very tired if the pink flakes and finally risked the phone being half naked and repainted the case!

Thanks so much Michael! 😀

What'cha Think About This? Lets Hear It!! Cancel reply